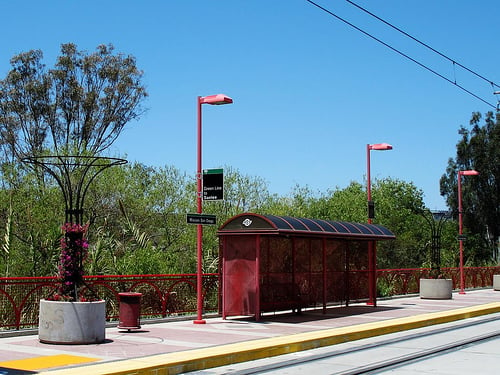 A quick view of the most influential metrics in Mission Valley.

The area was first inhabited or at least used by the rather nomadic Kumeyaay Indians for around 10,000 years. The first European settlers in the area were the Spanish which established settlements in 1769 and spread to open several missions throughout the region in the years that followed. The area remained mostly undeveloped and used as farmland, dairies and citrus growing fields up until the 1940s. True development began in 1953 with the construction of the first Hotel. In 1958 90 acres were rezoned as a regional shopping center. The arrival of the freeway in the 1950s and 60s led to even more development and growth. Today the area is a mecca for shopping and fashion as well as the home of the home of the San Diego Padres at Westgate Park.

The city is home to several attractions from the historic to the modern. There is the Old town San Diego State Historic Park, which is the original site of the town of San Diego. The Presidio Park and the Mission San Diego de Alcalá are the original settlements of the Spanish, both they and the Old Town San Diego State Historic Park are on the National Register of Historic Places. Mission hills contains shopping malls, the 27 hole Riverwalk Golf Club, the 18-screen movie theater and countless sites for eating, drinking and entertaining. Visitors and residents can take self-guided tours of the historic mission or just relax in the modern comforts of the neighborhood. Though primarily an entertainment and shopping district Mission Valley does contain some houses, condominiums apartments and other housing options. Local real estate agents are best equipped to help you explore all your housing and living needs in the historic and lively community of Mission Valley.

View our selection of available properties in the Mission Valley area.

Check out the latest demographic information available for Mission Valley.

Learn more about schools near Mission Valley complete with ratings and contact information.

The Best in Mission Valley

Browse through the top rated businesses in the most popular categories Mission Valley has to offer.